A valve is one device that directs, regulates or controls the flow of the fluid by opening, closing, or partially obstructing various passage-ways. Valves are technically kinds of fittings, but, are usually discussed as a separate category. In an open valve, fluids flow in a direction from higher pressure to lower.

Valves have many uses, which includes controlling water for irrigation, industrial uses of controlling processes, residential uses such as on/off and pressure control to clothe and dish washers and taps at homes. Even, aerosol has a tiny valve built in it. Valves are also used in military and transportation sectors. In HVAC ductwork and other near – atmospheric air flows, valves are instead called dampers. In compressed air systems, however, valves are used with the most common type ball valves.

Valves vary widely in application and form. Their sizes are typically in the range from 0.1mm -60cm. Also, special valves can have a diameter exceeding 5 meters or more.

The most common use of the term valve refers to the poppet valves which found in the vast majority of the modern internal combustion engines, such as, those in most fossil fuel powered vehicles.

Operating positions for 2 – port valves can be either closing the valve so that no flow goes through, valve is open for maximum flow, or sometimes partially open to any degree in between. Many valves are not designed to precisely control inter-mediate degree of flow; such valves are considered to be either opened and closed. Some valves are specially designed to regulate varying amounts of flow. These valves have been called by different names such as regulating, throttling, metering, or needle valves.

Valves with three ports serve with many different functions.

Single handle mixer valves produce a variable mixture of hot and cold water at a variable flow rate under control of a single handle.

Thermostatic mixing valves mix hot and cold water to produce a constant temperature in the presence of variable pressures and temperatures on the two input ports.

A 4 – port valve is a valve whose valve body has four ports equally spaced around the body and the disc has two passages to connect adjacent ports. It is operated with two positions.

Many valves are controlled by hand with a handle attached to the its stem. If the handle is turned 90 degrees, the valve is called a quarter – turn valve. Butterfly, ball valves, and plug valves are often quarter –  turn valves. If the handle is a full circul with the stem as the axis of rotation in the cente, then the handle is called a hand – wheel. Valves can also be controlled by actuators. They can be electro – mechanical actuators such as an electric motors or solenoids, pneumatic actuators, or hydraulic actuators. Actuators can be used for the purposes of automatic controls such as in washing – machine cycles, remote controls such as the use of a centralised control room, or because of manual control is too difficult for example when the valve is very large. Pilot valves are valves which are used to control other valves. Pilot valves in the actuator lines control the supply of air or liquid going to the actuators. 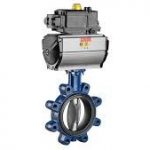 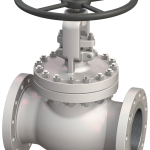 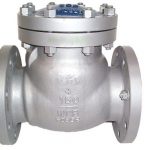 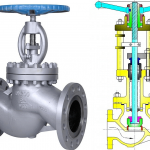